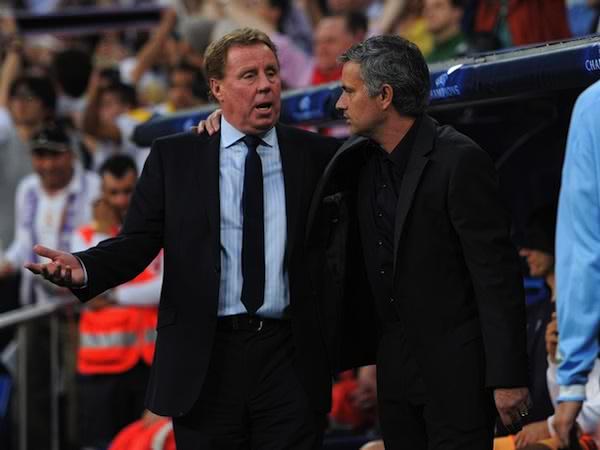 Real Madrid trounced a 10-man Spurs side by a score of 4-0 in the first leg of their Champions League quarterfinal tie, rendering the second leg pretty much useless. Still, that first leg was so entertaining that we come back to the old question that keeps popping up around these parts: What if it continued?

97′ — Harry Redknapp shakes his fist at the sky and curses his non-existent tactics for failing him.

101′ — Cristiano Ronaldo’s baby scores to make it 5-0. The baby is shown a yellow card for taking off his shirt while celebrating.

108′ — After getting booked twice in the first 15 minutes and having details of prostitute dealings from a previous Madrid trip leaked to the press, Peter Crouch decides that he never wants to return to Madrid again. Unless his fiance is back home.

115′ — Jose Mourinho wonders if he could rent a double decker bus to park in front of goal for the second leg.

119′ — Kaka rubs the beginnings of his growing beard and wonders how he will round up two of every animal for his ark.

122′ — Gomes spazzes out on a goal kick, somehow scores on himself twice.

126′ — Emmanuel Adebayor, still buzzing from the ovation he got when he came off in the 75th minute, calls Man City to tell them that he won’t be returning from his loan because he got bird flu and died so they should just forget all about him and ignore any headlines about his success with Real Madrid in the future.

131′ — Cristiano Ronaldo’s mystery baby mamma scores, then reveals herself to be Jose Mourinho.

135′ — Jermaine Jenas realizes that he should have been a telemarketer.

140′– With the score at 18-0, Gareth Bale feels Real have a decent enough head start so he can now play his best and not embarrass them too much.

View all posts by nana

Error: Twitter did not respond. Please wait a few minutes and refresh this page.